Lest My Opinions Go Unheard 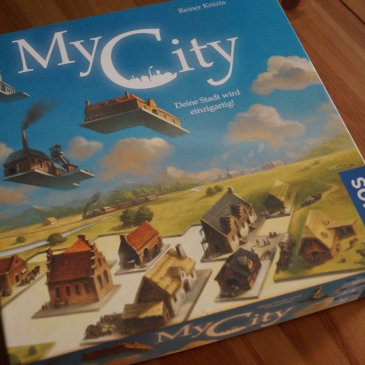 A good story stays with you because of its cathartic ending. Just compare the finale of Star Trek The Next Generation to the end of Game of Thrones. One of those shows still has a passionate fanbase, whereas the other is barely mentioned after a… let’s say… disappointing ending. For the longest time, games were … END_OF_DOCUMENT_TOKEN_TO_BE_REPLACED

There are certain circles in this hobby where eurogames are looked down upon. There, these games are often decried as soulless cube-pushers, convoluted systems of oh-so-clever mechanisms with the vaguest semblance of a theme draped over them. They get criticized for their lack of player interaction. Playing them rarely succeeds in letting you feel something … END_OF_DOCUMENT_TOKEN_TO_BE_REPLACED

When you design games, write about games and in some cases simply try to make sense of them to better explain them to your gaming group, you eventually have to ask yourself what motivates people to play. Specifically, what goal do they pursue to get the elaborate construction of rules and components going. What exactly … END_OF_DOCUMENT_TOKEN_TO_BE_REPLACED

I don‘t often write about house rules or variants. Mostly because I rarely have much need for them. There are enough games on my shelf or new ones coming out that it doesn‘t seem worth the effort. I also don‘t often have the flexibility to dedicate an undefined amount of time to something that a … END_OF_DOCUMENT_TOKEN_TO_BE_REPLACED

At first glance, recognizing a good game is simple. Most of the time, you can go with your gut. If you feel good after playing it and look forward to playing again, it must have been a good game. If you don‘t, the game must have been bad. It‘s now up to the passionate game … END_OF_DOCUMENT_TOKEN_TO_BE_REPLACED

After hearing about it for years, I‘ve finally witnessed it myself. During a recent game, a player suffered such a drastic setback, that tears started to roll. Admittedly, that player was my daughter and she still has a couple of kindergarten years before her, but still. The game caused such a strong response, that tears … END_OF_DOCUMENT_TOKEN_TO_BE_REPLACED