Having said that, it is both surprising and disappointing that so-called negotiation games rarely land with me. Not to mention open negotiation elements that some games claim to have. None of them succeed in giving me what I look for in such games. At least not in a shape or form, I can appreciate.

The best way to explain my reservations about them is by using the idea of supply & demand, which allegedly drives all those negotiation games. In popular understanding this expresses the idea of one player having something that another wants. As soon as that want or need has been established, the owning players can set a price (generally pushed to its utmost limit) which the needing player has to pay. Alternatively, they can choose to simply walk away and the game continues without a trade taking place.

So far, so exploitative. It’s an approach to negotiation that many game designs seem happy to legitimize. Those who have more, can exploit those who have less and thereby inch closer to victory. Monopoly has demonstrated this for all to see, and sneakily convinced us that it is both fair and just, to build your wealth on the back of other people’s poverty. 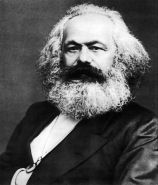 Even (Settlers of) Catan, a game that I appreciate for a number of reasons, has often fallen prey to the logic of the exploiter. Far more often at least than trading resources has resulted in mutual benefits, as Adam Smith once romanticized.

Rejecting this argument is perfectly sensible, provided you only compare the immediate benefit two players gain from a trade. If one players has lumber but needs brick to build a settlement, while another has brick, but needs lumber… clearly a trade will benefit the both of them, right?

I don’t think it takes great strategic foresight to pick up the fault in this line of thought. In fact, you only need to experience how a typical game of Catan ends: by suspending all trade with players who are getting dangerously close to winning with 10 victory points. Because trade doesn’t benefit everyone equally. It grants a far bigger benefit to those, who can immediately turn the traded resource into victory points. In fact most trading games, that allow resources to be traded “freely” Catan-style, recreate the same dilemma. Players are actually all scrambling over the same, rare and valuable resource: victory points.

The only situation in which supply & demand actually unfolds fully, and allows for mutually beneficial outcomes, is when those trading get to apply different values to what is being traded. Only when players value the same object differently or pursue complementary goals, can their interaction result in trade made freely.

A lot of designs use “free trade” to inject a stronger sense of interaction into the game. Designers tend to selflessly remove themselves from the situation by not imposing any rules to govern said trade. Much like in real life, any area that is unregulated is only free in the most naive sense of the word. In reality it creates a vacuum, in which power imbalances establish themselves and provide fertile ground for dynamics of oppression and exploitation. Case in point: debate culture in unmoderated forums, or any posts that allow for anonymous comments.

Luckily, the physical immediacy of real-life game groups rarely allows games to descend to such chaos. The self-explanatory limits of social interaction make sure that people tend to stay in line. For the most part. Instead these games allow players to freely trick and dupe other players. This mostly happens by downplaying your own gain, or overstating your trading partners advantage. In some cases you make use of more sophisticated tactics like whining, fast-talking or (in some war-type games) outright intimidation.

All these approaches are rarely codified and limited in games. I believe this is part of the reason why trading games often lead to awkward or underwhelming experiences. That said, the appeal of acting like a swindler, a liar and a con-man within the safe confines of a board game is plainly obvious. Escapism is an essential and legitimate facet of this hobby. But then, I would also defend the radical notion that trade is not a zero-sum game.

I believe that game can and should use trade in a way, that shows how it enriches our interaction. One game that does first, hesitant steps in this direction is Sidereal Confluence: Trading and Negotiation in the Elysian Quadrant (published by WizKids). While players still fight over victory points, they gain them in slightly different ways. In addition to that, the actual VP score is only revealed at the end of the game. Experienced, or previously traumatized, players will pay close attention to who ended up being particularly productive in the previous round, and scale back trades with that player in the following round. Simply to make sure that their own chances at winning aren’t jeopardized by giving somebody else a leg up.

Which brings us back to my original dissatisfaction with these types of games. Games with such a strong focus on trade and negotiation invariably lead to players refusing and denying such interaction, because they run counter to the goal that the game has set out for them.

Maybe there’s a budding designer out there, who would like to have a go at this particular Gordian knot?