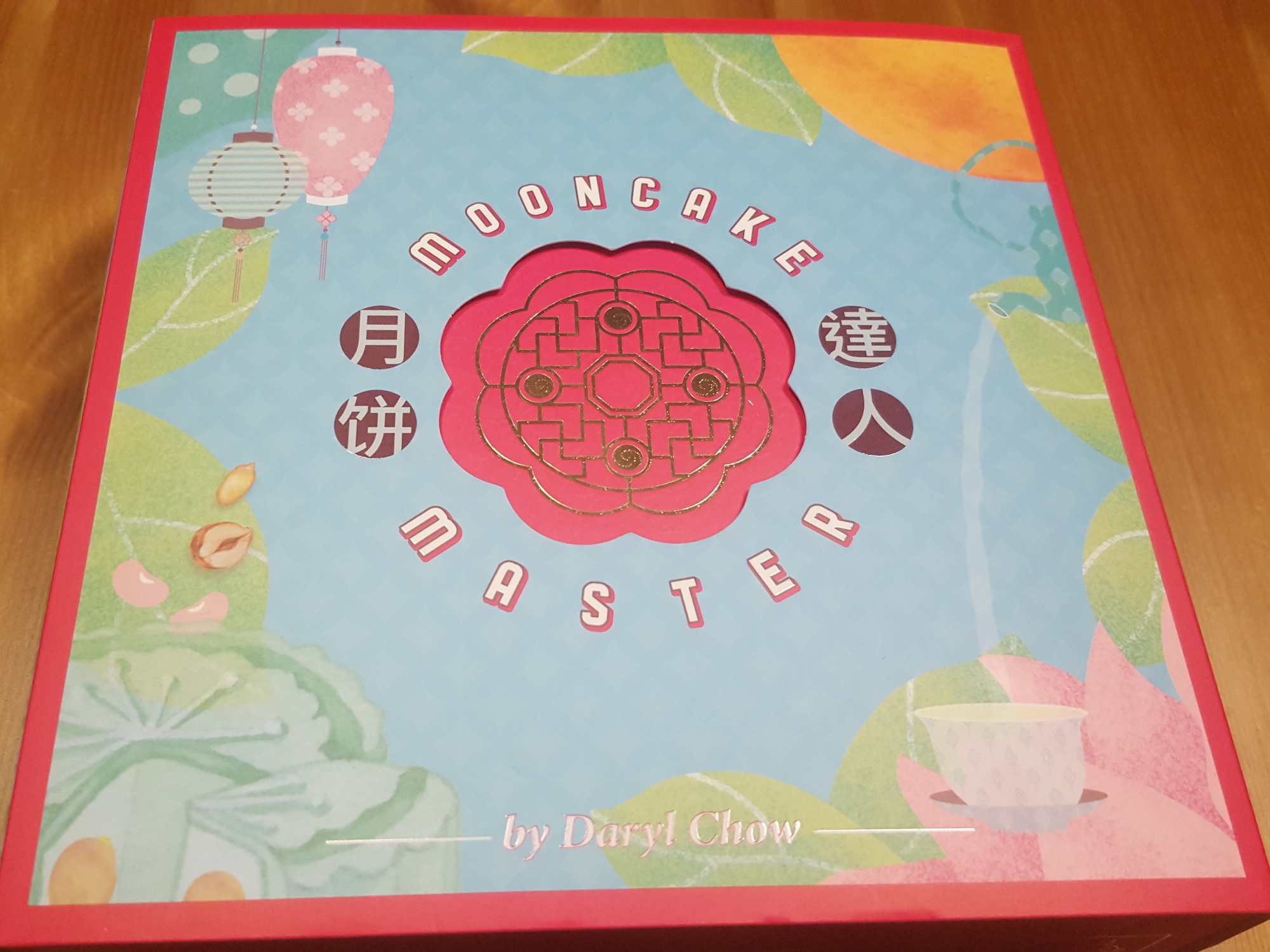 A technocratic understanding of games understands play as the attempt to determine the most efficient solution to a given problem. We play in order to solve a problem we‘ve been presented with. We compete in order to find out whose approach is the most profitable, i.e. which one generates the most victory points. If said problem is particularly complex, or there are a wide number of possible approaches to solve it, the more sophisticated a game‘s design. To a technocrat this sophistication is the mark of a high quality game. After all, quality is first and foremost, a matter of quantity.

In Mooncake Master your task is to bake three cakes. You do so by playing tiles next to each other. Some of them you draw from the pile yourself. Most of them are given to you by the players seated next to you. The completed cakes are then rated based on a set number of criteria. This will result in 2, 1 or 0 victory points. After three full rounds, the game is over.

It‘s hard to argue that this cake problem is complex. Even the number of different approaches to put them together is rather limited. Since you draw and hand over cards to your neighbours, the game is vaguely comparable to drafting games like 7 Wonders. Although handing over cards has been reduced to pure hate-drafting, i.e. trying to give the other players the worst possible card you can.

With its three tiles, you try to put into cakes each turn, Mooncake Master is oddly reminiscent of early roll‘n‘write games. Before those, too, had become increasingly technocratic. A time before expansive symbology, combos and special abilities. When those games still created an easy thrill that wasn‘t too far off from gambling. Things would become more and more tense as scoring a lot of points became less and less likely. You would be leaning forward in anticipation, hoping that the right numbers would come up to let you rake in a huge chunk of victory points in one go. Mooncake Master recaptures this experience and mixes it with a pinch of take-that. Usually personified by the player sitting next to you slipping you just the right tile to mess up your carefully laid plans.

To a technocrat, there isn‘t much to Mooncake Master. There are too few opportunities to exert control of the outcome. Winning seems arbitrary instead of the result of somebody‘s refined strategy paying off. But that‘s also what makes this game worth talking about. Instead of relying on superior skill to best your opponents, your decisions are revealed as correct or false after the fact. There is little difference between a newbie and a veteran when they‘re both hoping to draw the right tile next turn.

What you have is a game that runs on its easy thrills, instead of complex challenges. It‘s a game where messing with other players tends to result in exasperated laughter as opposed to frustrations. That‘s because things can turn on a dime, and the points you were hoping for could vanish from one turn to the next. It‘s this sense of the unpredictable and the uncontrollable, that shapes the experience of playing Mooncake Master. This will annoy the technocrat, but it will also delight the gambler.