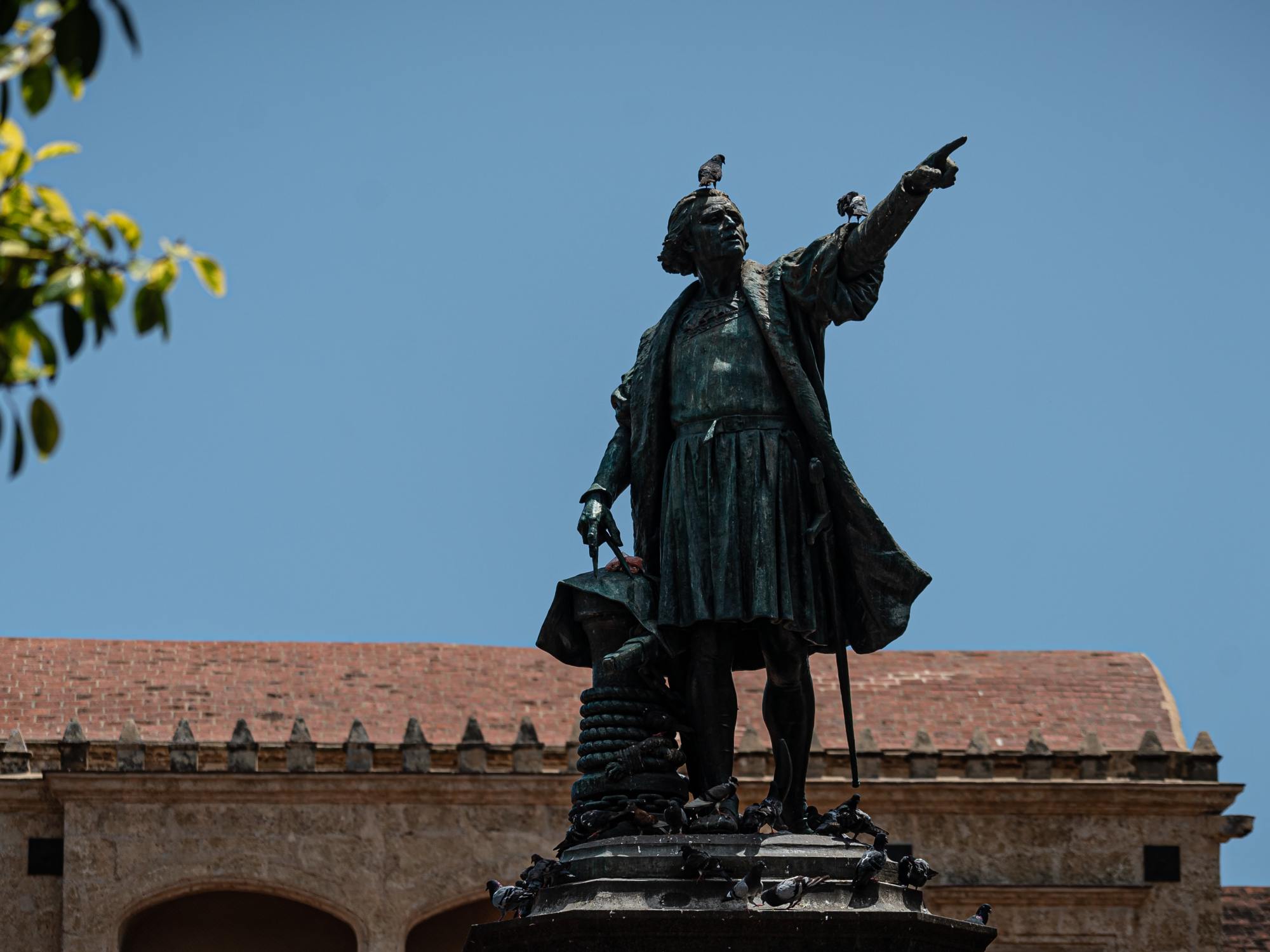 A few days ago, the American magazine The Atlantic published an article about board games and their strange fascination with colonialism. Three games were mentioned that all manage to fail in their own way in dealing with the subject: Puerto Rico, Mombasa and Archipelago.

It is interesting to note how they miss the mark with a critical audience. For example, Mombasa is criticized for its portrayal of the African continent as a resource-producing landscape lacking a population, history, or culture of its own. It is an uncomfortably euphemistic enactment of European colonial history. In other words, Mombasa is accused of using the exotic imagery and foreign ambience of an African country, but purposefully omitting all the grim tales of history that surround it. A closer examination of the theme is impossible, because – as the rulebook explains – it would hamper our enjoyment playing the game.

Since its release, Puerto Rico has been criticized for how it handles colonialism. Today, it is considered the go-to example for the tactless and tasteless way with which sophisticated game interaction is packaged into a rather indifferent approach to slavery. The article mentions that the game once ranked #1 on the BGG best games list for a while. Apparently because few boardgamers were bothered by the fact that your brought plantation workers to Puerto Rico by ship. As if it were a perfectly normal, unproblematic economic transaction that existed beyond any ethical or moral dimension. Puerto Rico trivializes its theme because it merely serves as an atmospheric and exotic disguise for arguably interesting game mechanisms.

The last game I consider worth mentioning in this context – and which is also mentioned in the article – is Archipelago. The topic of colonialism is not ignored here, but – unlike in Mombasa – is a core element of the game. Nor is the expulsion and exploitation of the indigenous population embedded in the game as a neutral act – as in Puerto Rico – but has tangible consequences that players can’t ignore. The game’s illustrations, however, can’t escape the cultural background of the game’s creators. Thus, not only is the view of the indigenous population influenced by European imperialism; the choice of cultural references seems arbitrary and lacking the care and sensitivity devoted to references to European cultures. For example, while the Portugese currency in the game is accurately referred to as “Florin”, the indigenous peoples encountered in the game are a crude mixture of different sources. Games can’t help but work with broad outlines, stereotypes and clichés, but when one group of people is carefully differentiated and researched and the other is not, this argument no longer holds water.

What all these examples have in common is that their existence and playability is tied to the ignorance of those who create and play them. Those who know nothing about European colonial history in Africa find it easy to overlook Mombasa’s omissions. Those who consider slavery – and its consequences – a long-closed chapter of history that exists roughly in the same haze of the past as “Pirates of the Carribean” can more easily focus on the game mechanics of Puerto Rico. Those who know the depicted cultures and customs in Archipelago only as ahistorical aesthetic devices detached from a culture of their own are not concerned with what they see when they play. They will only pay attention to their own actions.

Intentionally or not, ignorance is made a necessary requirement to have fun playing these games. This has worked well in some circles (and perhaps still does), but the more inclusive the gaming community becomes, the more critical it grows, the less game creators can afford or assume such low standards in their players, or a lack of curiosity.

As soon as you know anything about the history of colonialism, the topic becomes a deeply unnerving and unsettling choice for a strategy game. Precisely because it invokes a perspective and in some cases mental images that are at best racist and at worst brutal, violent, and cruel. As the article in the Atlantic mentions, players are asked to recreate a barbaric chapter of history, at least in their minds.

In some cases, this may be justified by the fact that play deals with exploring and examining a game’s theme. In a way, this could be said about Archipelago. Here, you purposefully manipulate an indigenous population and workforce in order to increase your own profit. Similarities to current economic structures and patterns of behaviour are probably not coincidental. You’re invited to become aware of the exploitation and violence you enact over the archipelago’s inhabitants.

Unfortunately, this lofty goal is undermined as soon as you notice what the game’s mechanisms are designed for, and what they encourage you to learn. They’re not aimed at representing the experience of colonialism and its consequences. Nor are we supposed to gain a deeper understanding of the historical processes surrounding it. In most cases, whatever the designer’s intent may have been, the goals of the people playing the game don’t match. 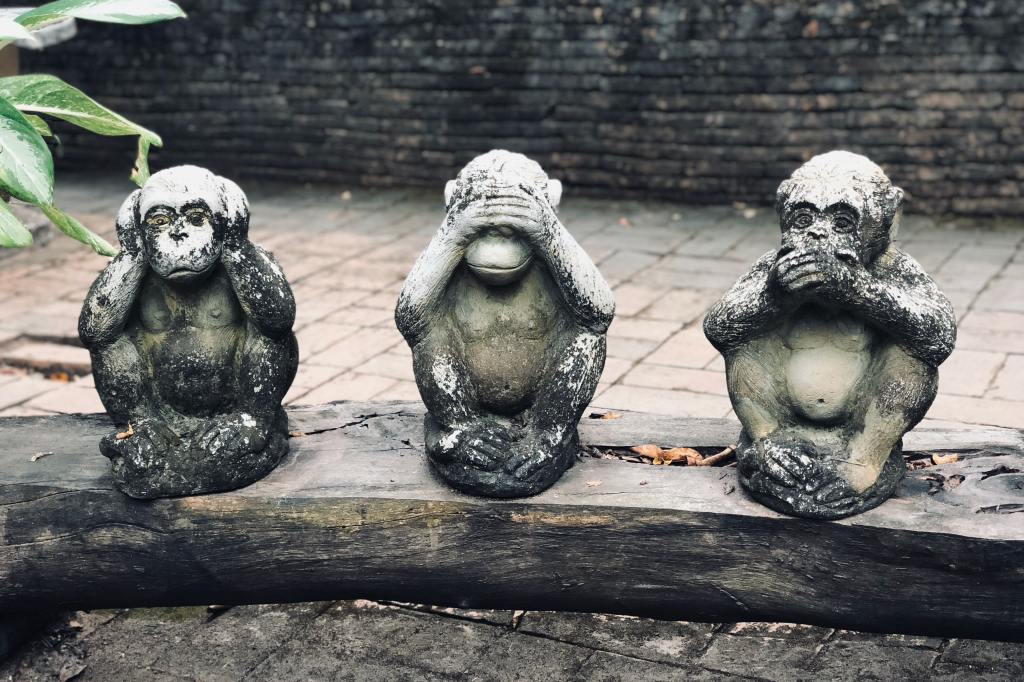 The usual approach to complex themes

We do not play a board game to learn about colonialism. The mechanisms clearly articulate a goal for us (e.g. collect majority of victory points). In most cases, players come to the table expecting an entertaining and occasionally challenging form of competition. The fact that this competition is embedded in something approximating actual history, is at most an aesthetic enhancement of the experience. However, it is not understood to be the goal or purpose of the game.

We don’t apply the game’s rules to learn about history, but to win the game. We are free to invent narratives after the fact, and then reflect on them earnestly and come to some clever-sounding conclusion about the game’s theme. This approach seems very en vogue with modern game criticism right now. But gameplay is rarely shaped by what meaning our (re)told stories express. We make our decisions according to real parameters, not according to some supposed statement our actions make about the theme.

This is not to say that a critical examination of a topic isn’t possible through the medium of games. A “serious” game genre could certainly be established that explicitly aims to convey a layered understanding of a given topic. But commercially available games are rarely promoted with how much we can learn from them, but how much fun they are to play. The kind of fun that players rarely examine critically, which is why designers can’t assume such an approach in their designs.

It is therefore necessary to avoid these themes for our „fun“ board games.

In turn, we must aks if games should not also avoid other difficutl themes? If it is immoral to make a game about colonialism, isn’t a game about war or economic exploitation just as immoral?

But this question is based on a fundamental misconception about games. That they, like movies, books, or TV, directly influence, manipulate and affect an audience, i.e. us. But games are not a passive form of entertainment. As players, we are directly involved in what they do. We perform an important part of the game’s content through our actions. We are the ones who actively make the connection between a setting and its mechanisms.

The actual issue with these games is that we tend to accept their themes uncritically as part of the game world. We willingly and often intentionally edit and igore unpleasant and repulsive aspects out of our gaming experience so that we can concentrate on having fun. So that’s why when you bring workers from a foreign country by ship to work on your plantation, it’s no big deal. It’s just work or just victory points. In the game world Africa is empty, and us extracting the continent’s ressources doesn’t affect anyone’s livelihood. It’s not a problem. The past isn’t that terrible after all. We Europeans simply made ordinary and rational decisions to achieve economic goals. What could posssibly be wrong with that?

But it’s precisely this normalization of the idea that the past was an idyllic, romantic era, free of any ethical and moral breaches, that is so dangerous. It is a glorification of history into a simpler time, a place of refuge where everything was still okay. A world in which wise economic decisions, merely annoyed our competitors, and caused no other harm. A time when everyone knew their place, society was still sorted into winners and losers, and these roles were assigned by proving your worth. In short, it makes the counterfactual and unrealistic idea acceptable that things were somehow better in the past. For men and for women. For white and for black. For everyone and anyone.

To be clear, the problem with board games that deal with colonialism is not that colonialism is “misrepresented.” The problem lies in the fact that a critical view of this content and a rejection of glorifying depictions of it is still a fringe opinion and not an indisputable truism.

If anyone were to tell the story of the German autobahn in a film and portray all Nazi involvement as those of respectful, hard working people, who just want everyone to get along, that person would justifiably get punched. No matter how entertaining, funny or exciting the story about the autobahn’s construction may have been told; anyone who portrays Nazis positively would get called out for it. Because we are accustomed to critically question the medium of film.

The critical perspective on board games has not yet reached this level. As long as we are not willing to evaluate and even reject board games because of their insufficient handling of their chosen topics, we are ill-suited to implement such themes in a game. In criticism, separating game mechanisms from their theme should no longer be acceptable. We must examine a game’s setting and background must with just as much care and nuance as we do with mechanisms, gameplay and the overall experience.

As long as colonialism in a game is not understood, seen and evaluated for what it is by players, such games are doomed to fail. No game with such content should be designed to be family-friendly fun, or assumed to be. It does not do justice to the real-world history these games refer to. But the gaming community should also have more self-respect than to settle for this type of thematic representation in games. We fail this medium if we accept these themes with a shrug, or worse edit, ignore or reinterpret unpleasant implications of a game’s theme because we don’t want our „fun“ spoiled.

Perhaps the only wrong approach to using such a theme is to believe that gamers do not want to be disturbed in their uncritical, uplifting enjoyment of the game. Consequently, the only wrong way to play such games is to willfully and knowingly ignore the dark and disturbing aspects of their themes so that people can enjoy the “actual” game.

But perhaps that is precisely what is so deeply European about playing games about colonialism.

One thought on “Across The Atlantic”