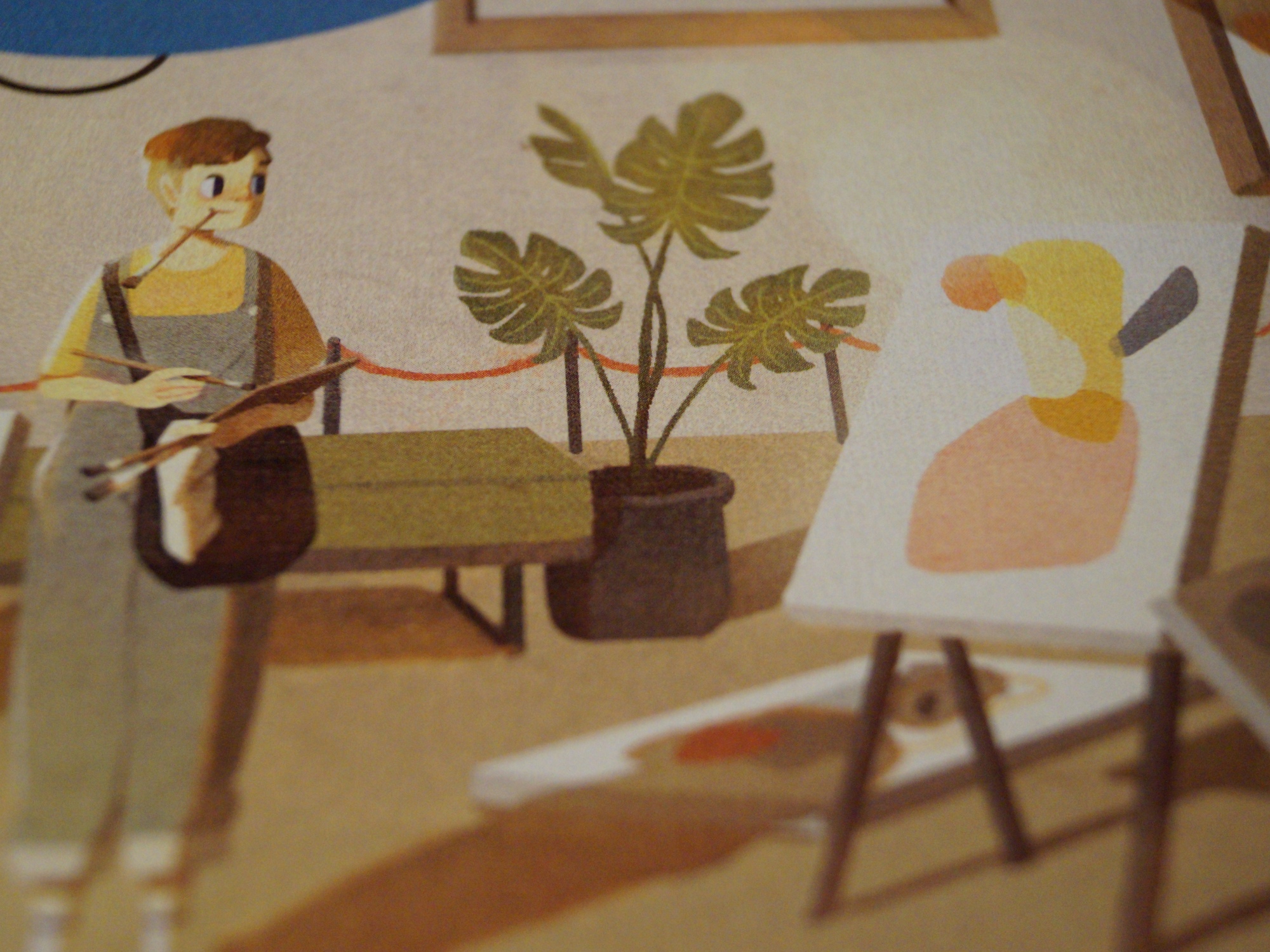 As everyone knows, reviewing a game is quite easy. You simply complain more or less loudly about the things that spoiled your enjoyment. In addition, you can praise the things that were fun. If you lost the game because the dice roll didn’t go the way you needed it to, then the game is too random. If you won the game because you correctly calculated how many resources you would need a few moves later to score a lot of victory points, then the game is exquisitely tactical. Reporting on your experience playing a game seems to be sufficient for many people to decide whether to buy a game or not.

Playing a game is enough to evaluate it, hold its box up to the camera and occasionally mispronouncec the author’s name(s). You can churn out „content“ quickly and easily. You like what you like, and there’s no accounting for taste. So there’s no point in discussing it any further, unless it’s to get your audience’s approval (or occasional disapproval).

There’s nothing wrong with being enthusiastic about a game, of course. Especially since the transition from fan content to well-reasoned criticism can often be quite fuzzy. Still, I think there are ways to differentiate passionate hobbyists from critics. If – for whatever reason – you want to take the step to being a critic, it helps to think about those differences. So what does it take to be a critic?

If you take fun as the basis for a critique, you should be able to tell the difference between various types of fun. It’s not enough to know and articulate your own preferences. You should also be able to understand the fun other people know and look for in a game. The point isn’t to enjoy as many different types of play as possible. Even if your gaming taste is fairly narrow, you can still create a well-reasoned and informative piece of game criticism. What matters is your ability to recognize and classify different genres of play.

For lack of a better word, I’d call this developing a palette. Not because it is about personal preferences (i.e. your taste in games), but because you need to train and hone it when it comes to different types of gameplay and fun. Just as you would with food and drinks.

You have to come up with your own categories, boundaries and distinctions to recognise and put into words why a game like Dominion is fun in a different way than, say, a game like The Quest for El Dorado. (Since I’ve had no offers to write a taxonomy on the different sources of fun in modern board games, a standard work in this field will be a long time coming. Or it will have to be done by someone else).

Knowing and understanding what makes a game appealing is the prerequisite for judging a game. Because the question that criticism is supposed to answer isn’t if you like the game, but what style of play it serves best.

If you absolutely want to draw a line between critics and influencers (and I don’t know if such a line makes sense), you would do it here. If you only judge a game on how much you enjoyed it, you put yourself at the center of your review. The game’s strengths and appeal become secondary. Instead your tastes become the arbiter of good game design and the actual topic of your review. One that can easily be summed up with numbers or gestures, if necessary, and is effectively a consumer recommendation and a direct influence on your audience’s tastes.

The alternative would be to look at what a game actually provides. It becomes a matter of identifying what kind of experience the game offers to a group, and to what extent this experience is helped by the game’s design. Once you can identify those things, you can try to deduce what kind of player behavior is assumed and possibly what it takes to get the most ouf of what the game offers.

If you can’t or don’t want to make this assessment, the only insight your criticism can provide is how well the game has matched your taste. This, of course, can still be helpful if the audience knows you well.

It does help me when certain people in my social circles praise or complain about a game, because I understand their tastes. But when they tell me about their experiences, I haven’t learned much about the game. I am however capable of making a educated guess, if I’m likely to enjoy the game or not. The same applies to my own palette. If I can pick out how a game is fun or to what kind of genre it belongs, my critique can say something about how the well the game works, as opposed to me simply finding new ways to describe whether I had fun or not.

Many (aspiring, practicing or unintentional) game critics develop their palette almost by accident. As your enthusiasm for new and different games grows, and you have opportunities to indulge in it, this is basically inevitable. However, what experience you gain this way is often distorted by how game design and player personalities often intertwine strongly. It’s hard to pick out a new type of play experience when you can’t say with certainty if it was the group or the game that pushed for it.

I will try to expand on this in the next part of the series.