I’ve recently had the opportunity to play The Estates a few times. It’s an auction game that was described by the esteemed YouTube reviewer @BoardAlas as “One mean bastard” of a game. As it turned out it was a description that found general agreement with everyone I played this game with. Which led me to wonder: what exactly does make a game mean?

The vast majority of people I’ve asked this pointed to the rules of the game, and especially their way of handling player interactions. Terms like destructive interaction, take-that mechanisms and to some extent (virtual) player elimination were brought up frequently. In essence, games that allow for players to be excluded from participating or having fun, are considered mean. The other common line of argument concerned games that allowed players to quickly and swiftly undo any achievements you put quite a bit of effort into. It is the “trampled sandcastle” type of meanness. You have spent much thought, effort and work on creating the best looking sandcastle you could, and then somebody comes along and tramples all over it.

Hardcore gamers tend to invoke some kind of justifications along the lines of how it‘s strategically convenient to trample your sandcastle. Or how the game rewards such behavior with victory points. Or how a competitive game legitimizes people trampling on each other‘s sandcastles to win. But I’m not too interested in how or why we find reasons to not feel bad about being mean to each other. What I find far more compelling is trying to describe the experience that makes a game register as “mean”.

It’s not enough for our achievements to be undone quickly. Sure, it may ding our pride a little when the effort we put into something is devalued like that. But if it’s randomness that does it, we simply write the game off as pointless or unfair. But in order to be mean, there needs to be an air of malice around that setback. It needs to be, for lack of a better word, personal.

This then brings up my favorite aspect of gaming: other people. A game isn’t mean due to its rules and dynamics alone. It’s mean, because once those rules are wielded by players their actions invariably express something. No action we take exists in a vacuum. It is always embedded in the social context it is taken in. Said context makes us infer a person’s motives and evaluate their action as generous or selfish, as kind or mean.

A mean game then transforms the social context of friends spending time together for fun into one in which other people’s actions read as malicious, petty or spiteful. It’s interesting to look at how a simple collection of rules, components and maybe a board pulls that off.

Board games are at heart about straddling the balance of control and helplessness. We strive for self-determination in games, we revere agency. So we look for ways to minimize chance, risk and by extension failure. The “better” we are at a game, the closer we come to mastering it, the less we are at the whim of random chance or other people.

In a competitive game, we are primed to avoid slipping into situations we can’t control. That’s often a strong part of what motivates us to come up with the best strategy. A desire to avoid feeling exposed and vulnerable. Control is a way to guard ourselves against the disappointment and frustration of not getting what we want.

In a game like The Estates our sense of control is constantly being challenged and threatened. It is a bidding game in which the intricate web of everyone’s decisions ultimately determine if you are going to gain any points or actually lose them. While there is room to position yourself in such a way as to exert some control in the last act of the game, there are just as many ways in which other players’ decisions can have ripple effects that take away a lot of your agency over your final score.

On top of that, players generally consider it a sign of success or achievement if they can damage your position. After all, it suggests that by lowering your score, they may have increased the likelihood of winning the game themselves. It shouldn’t surprise anyone that players are generally happy or excited about such a development.

As the target of such an action, we may now reasonably perceive the situation as one in which our friends delight in our misfortune or helplessness. In absence of clearly stated motives as to why, we are left to infer their reasons from the context we see yourself in. Despite our best intentions, this inference will be colored by our biases, assumptions and insecurities. 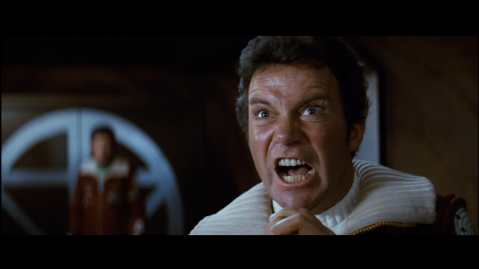 And suddenly our emotional self-defense mechanisms start firing off.

People tend to develop different ways to disentangle themselves from thorny situations. Some grow indignant, other sulk. Some find fault in the game, others complain about bad strategies. Some disengage, others zero in on getting revenge. Mean games routinely create blatant power imbalances, which make us feel vulnerable and helpless. It’s an emotion that’s often felt deeply and strongly.

Mean games undoubtedly have the potential to create memorable, positive experiences in play. They promise tense, high stakes play full of surprises and sudden reversals. As attractive and appealing as that may sound, I don’t think these experiences are easy to come by. Most of all, I doubt that the key lies in playing them with friends who don’t take things “personally”. Quite the opposite, in fact. I believe that such games are best experienced as the crazy emotional rollercoaster they can be. I think the promise of a mean game is best fulfilled in a group, or play community, that makes us feel safe enough to keep our emotional self-defense mechanisms dormant throughout.