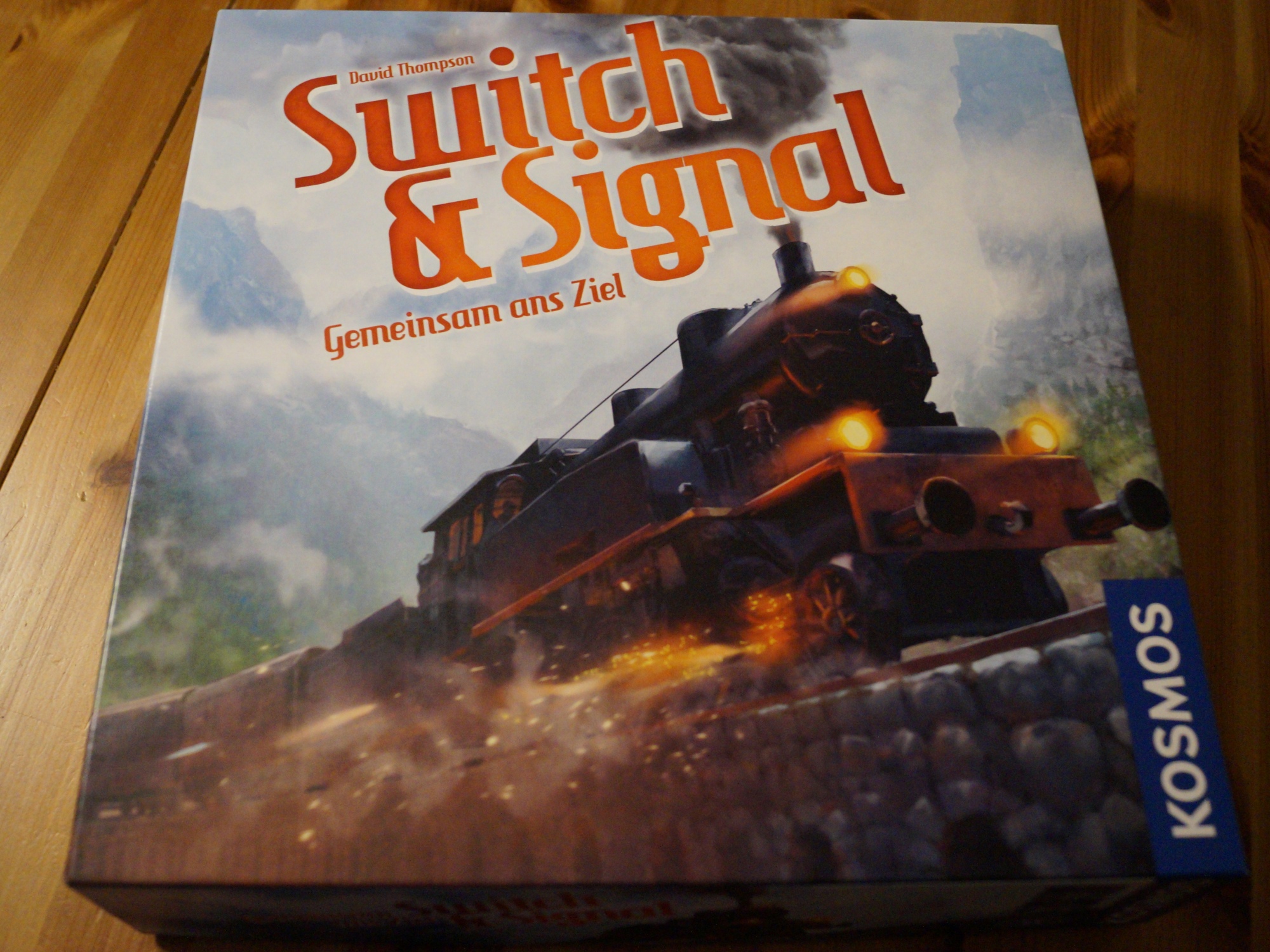 While I was in university I worked in a museum for a year. It had one quite large building dedicated to locomotives. The visitors who came ranged from the young to the very old. Their enthusiasm for these metal beasts only made a very vague kind of sense to me. So one day I went up to one of the older regular visitors and asked him why these machines fascinated him so. He told me about his extensive model railroad and spoke with increasing passion (and deep expertise) about how he enjoyed the organization, operations and logistics of running a railroad network.

Switch & Signal is a game that attempts to express this appeal by way of a board game. You use the rail network of Europe (or North America) to transport goods. Through well coordinated card play, you work together to set switches at the right junction, run trains and bring goods of an unspecified nature to a major international port. Safely and on time.

When you look at Switch & Signal in the context of a model railroad enthusiasm, many of its design decisions make sense. The game’s challenge is not trivial, but with some experience and good player coordination, you will likely win most games. Some board gamers, especially the hardcore faction among coop fans, might consider this a drawback.

To some being challenged and the hard fight to succeed is not only thrilling, it’s also the true and actual appeal of playing games in the first place. But just as you don’t try to deliver the most, best or fastest train in a model railroad setup, Switch & Signal also invites you to find enjoyment in the clean interaction and smooth coordination of trains. Switch & Signal isn’t at its most entertaining when you narrowly avert failure, but when you confidently deal with whatever complications come your way.

Other designs thrive on their high level of variabilty. They entice you with their unpredictable twists and unusual situations you have to master. The reason to play Switch & Signal on the other hand is the familiarity and reliability of what you’ll be faced with. It is a game that promises a little escapism because it gives you a small, intact world to excel in.

It gives you problems you can overcome and a task you can accomplish by working together well. It’s a nice reminder that the emotional range of playing a game can transcend that narrow corridor of adrenaline, an elevated heartbeat and great cognitive effort. Sometimes it’s the familiar and controllable that makes playing a game a rewarding experience.

The one weakness of Switch & Signal might be its somewhat generic production. When you consider the passion of many railroad enthusiasts, a sheet with key data of the different locomotives, their designations or even history would have been a great addition. It certainly would have framed the game differently to players by replacing the interchangeable train tokens with unique ones, and by adding trivia and more background details to the game. I presume the realities of board game production got in the way here.

The thing I’m left with after a round of Switch & Signal is my memory of the older gentleman with his model railroad collection, who allowed me to share his passion for an hour or so way back then. I think he would recognise his love for model trains in Switch & Signal. There are worse and far less charming ways to wrap up a game.