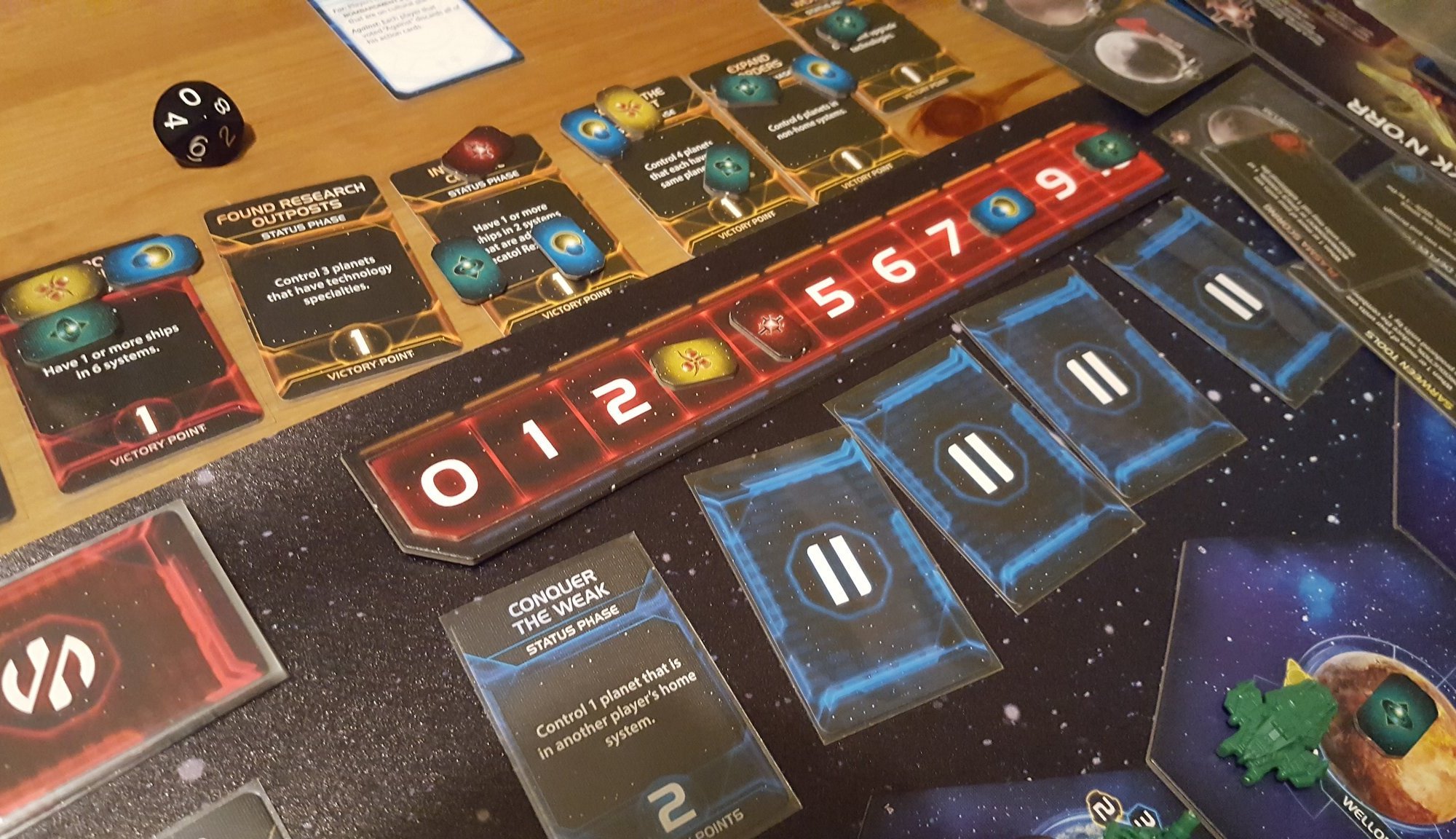 A game needs good pacing to be fun. Meaningful decisions help, as does an appealing theme. When your game ends up telling a story, that’s great, too. But most people aren’t going to spend much time handling components and carefully observing your rules, unless you can keep them engaged with solid pacing. To be clear, pacing is not the same as playing speed or game length. It’s the game equivalent of rhythm. But instead of beats, games have shifts; the times when we have to re-evaluate our plans, due to new information.

The frequency of those moments, when we mentally have to shift gears, makes up the game’s rhythm. When that rhythm is slow or familiar, players can speed up play. We can play a game faster, if we can predict when things are going to happen and how to react to them. Think of a game of base Dominion, if all players know what deck they want and how to play it. Or even a game of Scythe, once you’ve calculated your next 4 to 5 turns in advance. The game’s pacing doesn’t change, but the speed with which it is played, does. Like turning up the RPM on a record player. Or using the speed-up function on podcast apps, if you grew up in this century.

One way in which such shifts happen, is by introducing objectives. This often happens during setup, which is the reason why a game explanation needs to state the game’s objectives early on. They set players on a trajectory as they absorb the rest of the game’s rules. But it can also happen throughout the game, as it does in Twilight Imperium 4. Every turn ends with the reveal of a new objective asking players to re-examine their plans and possibly plot a new course towards victory.

In a similar way this happens, when players have achieved an objective in a game. The sense of closure, while exciting and satisfying in itself, also pushes the game forward. Think of the times in Pandemic, when you find a cure or even eradicate a disease. This sense of achievement builds momentum in tackling the rest of the objectives in the game. Most games that feature those in-between objectives use them to break up the monotony of doing the same thing over and over again, until you the game’s end. Examples include turns in Formula D and scoring a region in Twilight Struggle.

In the case of Twilight Struggle, there is additional difficulty to pacing that modern games tend to avoid. Namely, the need for players to be sufficiently familiar with the overall function of the design. In order for a game’s rhythm to work, players need to be able to relate changes in the game state to their goal. If it’s difficult to tell how an opponent playing a card, activating an ability or executing an action has an effect on my goal, play outside of my turn will feel aimless and plodding.

Recognizing how a game is paced provides a meaningful metric to evaluate the quality of a game’s design. Especially when we relate it to how much time is spend handling components, or how long it takes for the game to reach its conclusion.

It may be necessary to differentiate between major and minor shifts in a game. Events that require us to make significant changes to our strategy, or merely small adjustments. While there may be no magic number of shifts that make a game feel adequately paced, it is worth thinking about whether their distance to one another plays a role. Does a game feel boring, if too much time passes between shifts? Or is it overwhelming, when shifts happen too quickly? Ligretto constantly changes with each card played. It’s not a boring game, but it is definitely too stressful for some.

Analyzing a game’s pacing is a fruitful venue to not only look at whether a game is fun or not, but why it is that way. So, how does pacing work in your favourite game?